The Fold is an occasional publication that gathers artists together on the ‘space of the page’ to consider a particular issue or theme. The Fold is edited by Cora Cummins and Alison Pilkington. They invited me to contribute to their most recent edition, ‘Issue 6: The Future’.

Neil Armstrong stepped onto the moon about half way through the summer holidays. (1) I was seven years old – the first communion host was still fresh on my tongue – and ripe to find meaning in cosmic events. Armstrong’s audacious step, his, “giant leap”, symbolized a new momentum for the human race, but where, I couldn’t help ask, was everyone running to? Along with my first suit the sacrament of communion had given me my first glimpse of eternal salvation. Now as space travel became an emblem for the future of mankind I felt myself coming closer to a fate of my own. When the holidays ended it finally hit me. I realized that life – or more importantly, my life – did not go on forever. Life, like the earth, had a powerful atmosphere; to be saved for eternity you had to escape its gravitational pull. To arrive in the hereafter you first had to die. It was the first day back in school and the revelation weighted me to the mattress like a ton of old space debris. Remaining in bed seemed like the safest option, remaining in bed held the fatally mortal future at bay.

Many years later – my education continued despite existential crisis – I learned about the Aymara Indians from the uplands of Bolivia and Peru, about a thousand miles south of Cape Canaveral. From their unique vantage point, high in the Andes Mountains, they saw their past stretched out in front of them while the future was at their backs (2). This mapping of time, with spatial metaphors the opposite of our own, meant the Aymara had little interest in our western sense of progress; they walked backwards into the future remaining focused on the past. I imagine myself as a seven year old in the cockpit of the Apollo 11 command module, CSM Columbia. A seven-year old Aymarian boy is strapped in beside me. I am wearing my new suit. He is resplendent in a bowler hat (3). We hold hands tightly as the rocket gains momentum, rushing in opposite directions with a matching pace. In no time at all we have gained trans-orbital speed. We are beyond the earth’s atmosphere; time’s arrow is no longer pointing either forwards or back. Held between forces that are opposite and equal, we revel together in the mutually assured now.

JG – 2011
———————————————————
Notes:
1 – On 7 July 2011, forty-two years after the first moon landing, the United States launched its final space shuttle, Atlantis, named after an island that sunk into the sea.
2 – The Aymara term for the past is Nayra, meaning “eye”, while qhipa, meaning “back” or “behind” is used to denote the future.
3 – Aymarian women and children have worn Bowler hats since the 1920’s when European settlers distributed a shipment from Europe to the local population. 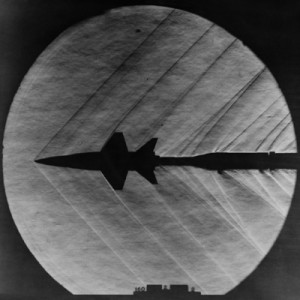