This review was commissioned for the Critique section of the Visual Artists’ News Sheet, appearing in Issue 4, July – August 2013. 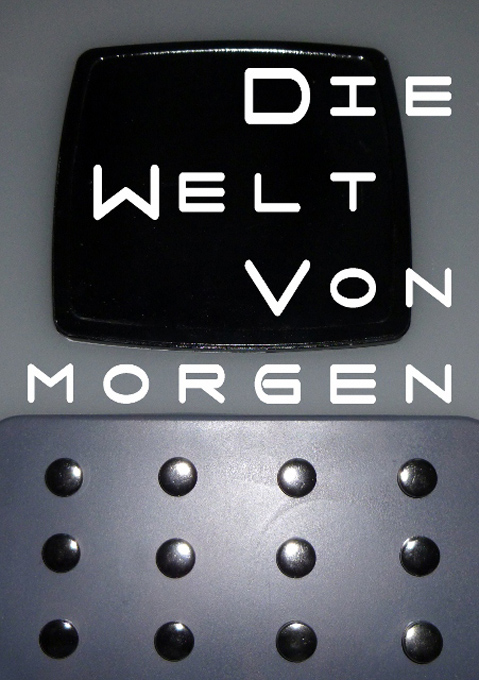 The Goethe Institut’s Return Gallery is a beautifully compact and architecturally distinctive space. Its exhibition programme has played host to frequently interesting artistic projects guided over the years by several distinctive curatorial voices.

Gillian Fitzpatrick’s exhibition (curated by Jonathan Carroll) takes a retrospective look at the influential German band Kraftwerk, using a 1975 episode of Tomorrow’s World as her starting point. (1) Fitzpatrick is interested in the future from the perspective of the past. In previous works, like Dublin 8 Space Project, she focused on the restaging of events associated with the early period of space exploration. Emerging from a music scene with its own cosmic affiliations, Kraftwerk provide a parallel fixation on explorative hardware, and a model in popular music that served as a template for much of what came after.

With its exclusively electronic sounds and radio-friendly song structures, Kraftwerk’s 1974 release, Autobahn transcended its origins in Krautrock and led to the Dusseldorf quartet’s first appearance on Top of the Pops. Not everyone at the BBC believed these ‘Mench Machines’ were fully human, an incredulous DJ introducing the dapperly deadpan Ralf, Karl, Wolfgang and Florian with the words, “here comes data’s distant relatives”. (2) They were spotted, presumably, by the boffins at Tomorows World and soon became television’s favorite future-heads.

In The Future of Nostalgia, Svetlana Boym writes, “The twentieth century began with utopia and ended with nostalgia”. (3) Nostalgia, she suggests, is not just a harkening back to the past, but a yearning for a past that never was. Nostalgia is a superimposition of two images; a reconstruction of the past comprising of what we ‘know’ now over what we didn’t know back then.

Presented like a display of music archeology, Fitzpatrick’s rudimentary reconstructions of Kraftwerk’s ‘instruments’ conjures a time, ironically enough, when technology was still shaped like specific objects. Before touch became synonymous with ‘touch-screen’ even Kraftwerk’s pioneering drum-machines bore some resemblance to the stretched animal skins of their origin. The artist’s nattily handcrafted gizmos seem to return technology to a more primordial state.

Schlager 1 is made from polyurethane resin and plywood, a row of four wall-mounted discs recreating a quartet of vinyl records, while Drum-Machine – made from ‘Bellaroma’ coffee tins and foil covered knitting needles – is a neatly constructed assemblage of domestic parts. (4) These objects possess the simple charm of carefully made models from a playschool project; they are not faithful reproductions of technology but more like gestures to make it humble. A roughly made facsimile of a sine-wave monitor, Wave, looks like it was unearthed from a lunar bog. A Bakelite telephone, Kling Klang 1, is remade as an oversized clay sculpture. Its bulky demeanor resembles an item from a Flintstones souvenir shop rather than equipment from Kraftwerk’s onomatopoeically named recording studio. Fitzpatrick’s reconstructed past is childlike, an imaginary world supervised by a Dusseldorf hippy perhaps; one that recognises wonder in the humblest schuh-box.

A short video, Dummy Run, presented on a mini DVD player, shows a female figure (the artist) rehearsing some rudimentary robotics to the accompaniment of a stop-start version of Kraftwerk’s Showroom Dummies. Imitating the song’s promotional video, the DVD’s looming shadows also made me think how much the famously unexpressive German band learned from German expressionist cinema. I thought of the 1920s film The Golem and, more obviously perhaps, of the ‘Maschinenmensch’ from Fritz Lang’s Metropolis.

Part of the pleasure of Goethe Institut shows can be discovering artworks outside of the gallery space. The ground floor Reading Room contained a magazine rack with a re-imagined cover for the band’s 1978 album Die Mensch-Maschine. Kraftwerk’s albums were often re-titled to fit other languages and here it is given a rebaptism in Irish as An Duine Meaisin, with the artist herself in the guise of the red-shirted Kraftwerkers. I encountered a second telephone on the way to the basement loo. Fashioned in grey felt, Kling Klang 2 evokes the spirit of another famous Dusseldorf resident, Joseph Beuys. What might have happened had the shaman joined the robots in the Kling Klang laboratory? That’s a reimagining of the past I would dearly love to see.

Notes
1. The popular Tomorrow’s World was a program dedicated to identifying future trends and ran on the BBC from 1965 – 2003.
2. Twelve years later, Star Trek: The Next Generation, introduced an android character, Lieutenant Commander Data, who looked like he was auditioning for a role in a Kraftwerk tribute act.
3. Svetlana Boym, The Future of Nostalgia, Basic Books, 2002
4. Schlager means ‘hit’. More specifically, Schlager music refers to a form of queasily sentimental euro-pop.